11 MARINE LIFE TO WATCH OUT FOR DURING YOUR SNORKELING SESSIONS

When it comes to rich marine life, nothing comes close to the Philippines. Home to the world’s most gorgeous beaches, the Philippines is paradise to local and foreign divers. Recently, the Philippines’ Boracay was once again named the world’s best island in the Conde Nast Traveler’s 2016 Readers’ Choice Awards. Apart from the powdery white sand, stunning sunset, and thriving party scene, Boracay’s sea life is also worth raving about.

Boracay is friendly to explorers of different experience levels. You don’t have to be an experienced scuba diver to be able to encounter the most fascinating sea animals and creatures in the island. One of the most exciting, budget-friendly things to do in Boracay is to take snorkeling sessions and feast your eyes on the some of the most beautiful coral reefs and marine sanctuaries you will ever see in your life.

If you plan to visit Boracay, never leave without experiencing the enchanting life under the sea. What’s waiting to be discovered? Here is a Boracay snorkeling guide to get you pumped up.

Go hyper with the Puffer 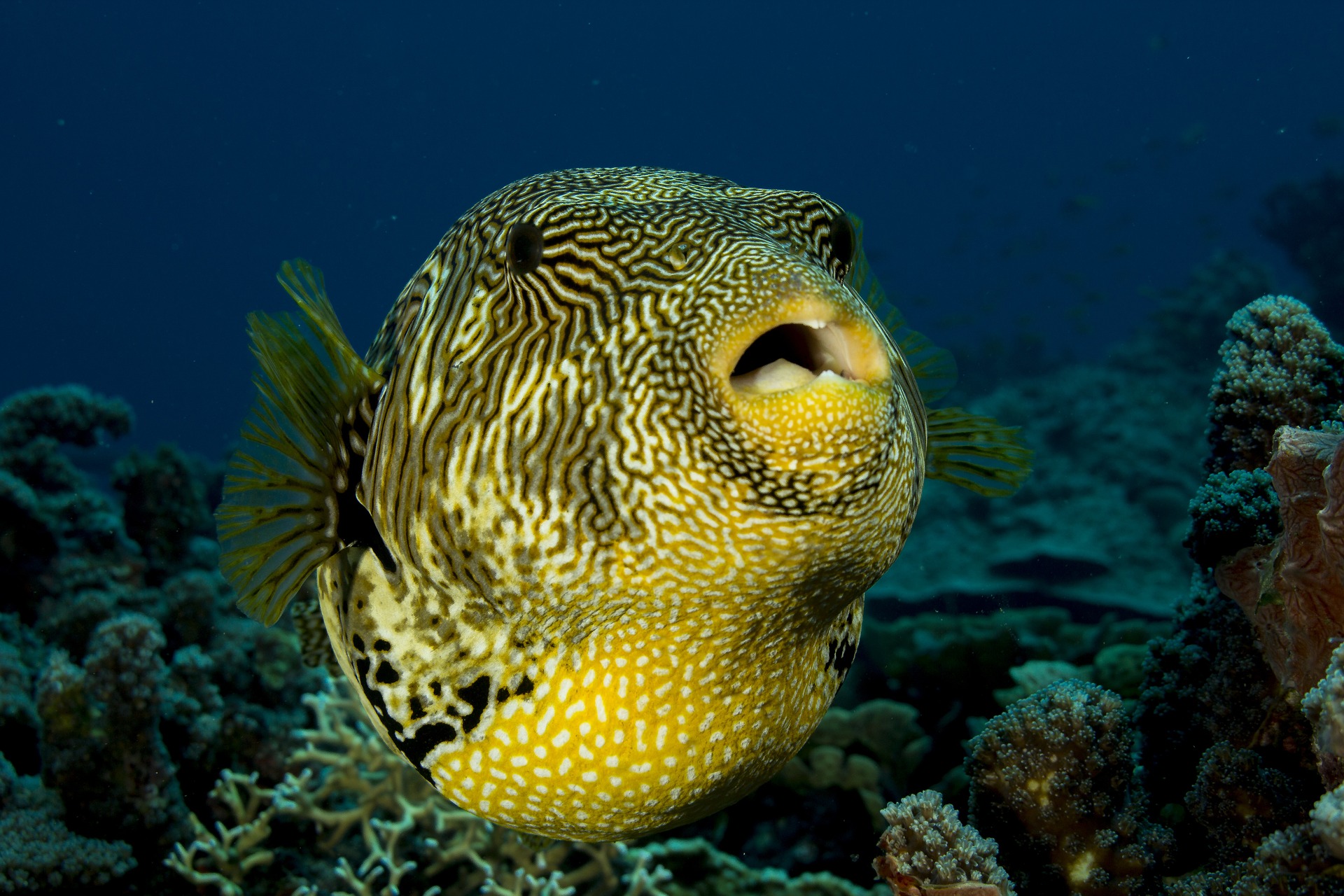 Photo courtesy of rmferreira via Pixabay

One of the best islands for snorkeling is the Crocodile Island. Don’t worry, there are no crocs there. The island is shaped like a crocodile, thus its name. The aquatic life in the island is very colorful and vibrant because of the wide range of fish and marine species that flourish in the area.

When snorkeling, you’ll likely come up close and personal with apufferfish. Also known as blowfish, the pufferfish inflates into a ball shape to evade predators. Some even grow spines. They are clumsy swimmers and they fill their elastic stomachs with huge amounts of water. They come in different colors from brown to yellow. 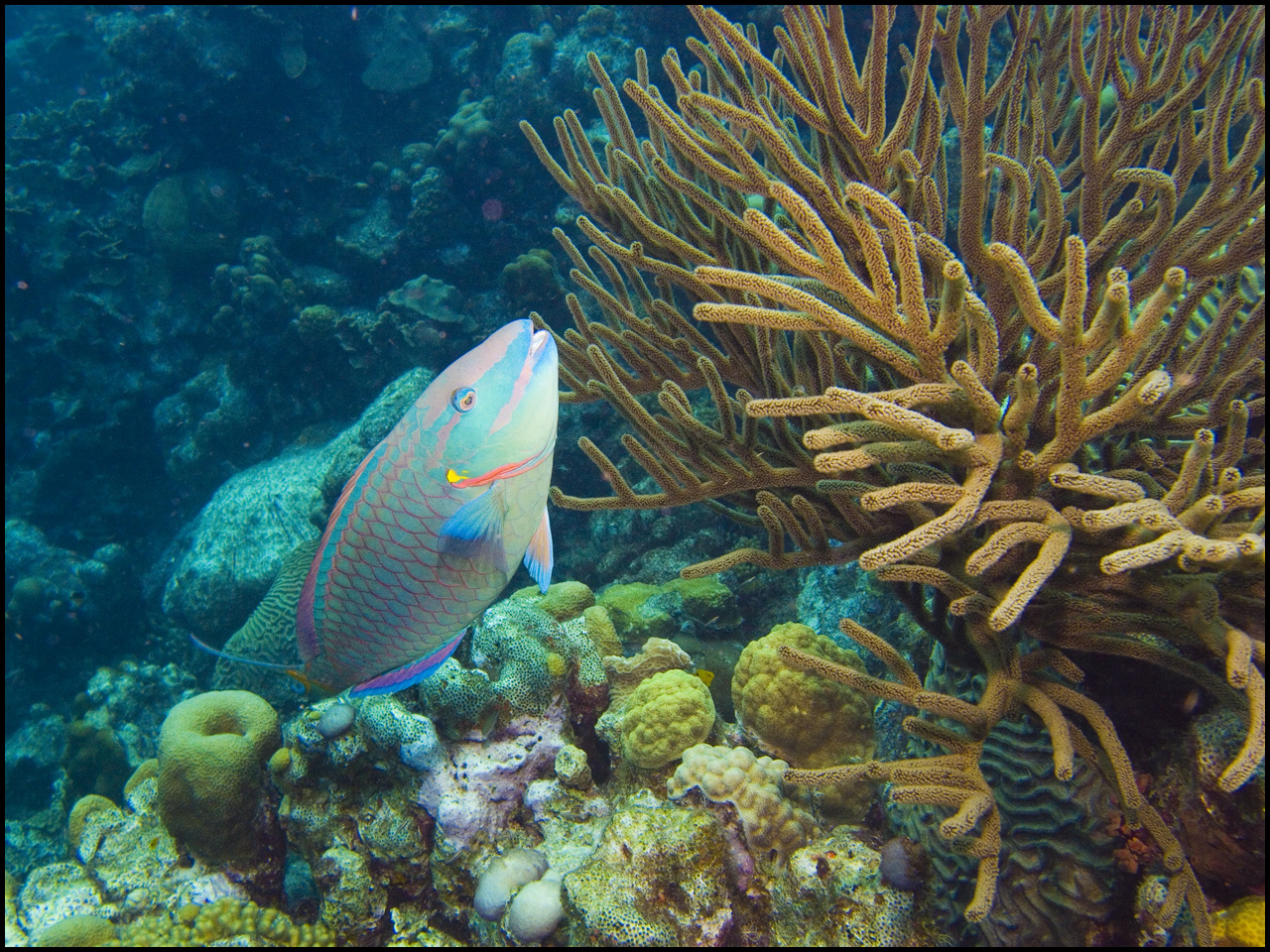 Parrot fish are abundant in tropical reefs around the world, with around 80 identified species. Parrot fish bring color underwater. In fact, they have the ability to change their colors and patterns repeatedly. (They can even change their gender.) Another remarkable characteristic of the parrot fish is that its diet is primarily algae extracted from coral reefs.

Feel fine with a porcupine 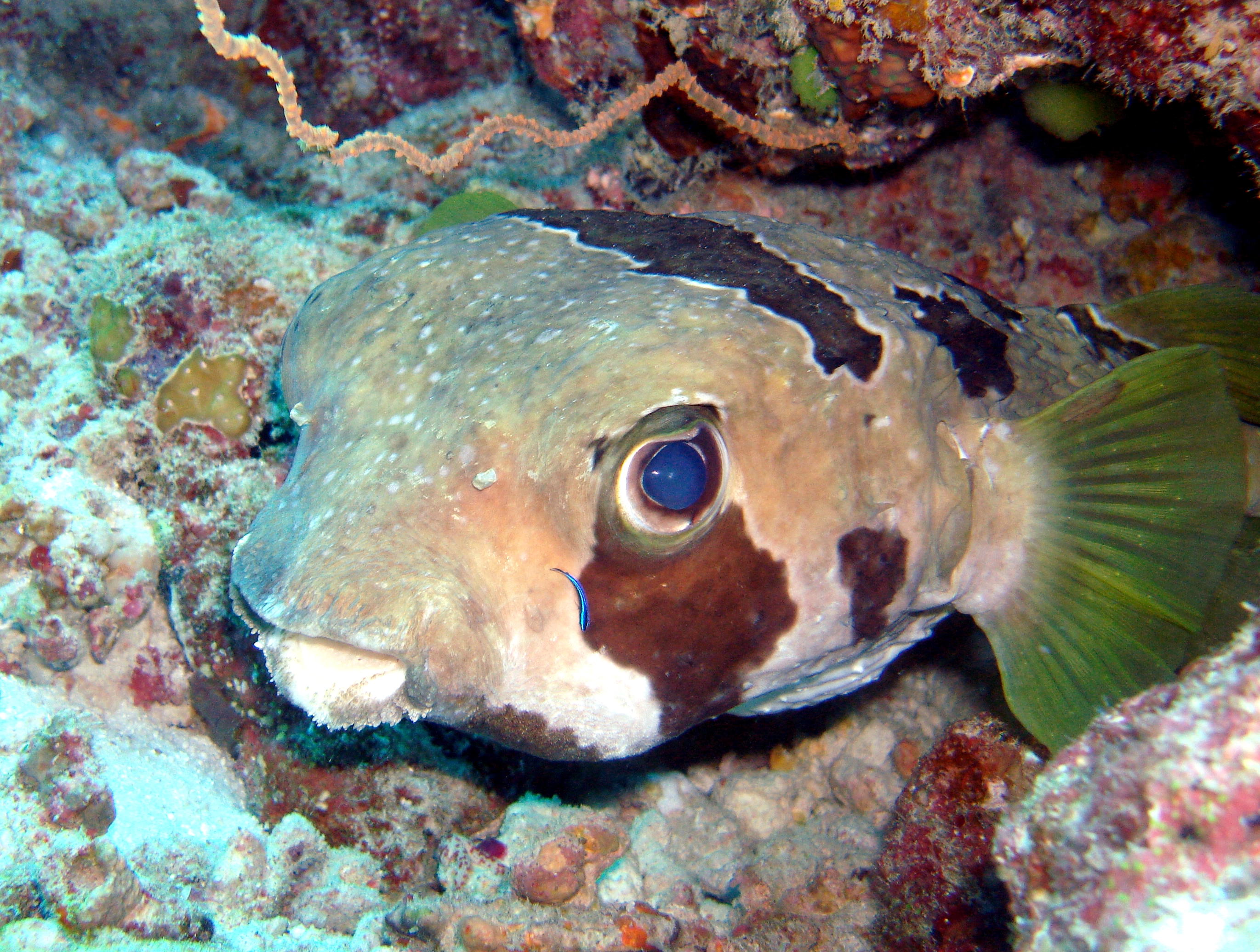 Another snorkeling site in Boracay is at the Balinghai Beach Resort. And one of the stars underwater is theporcupine fish or porcupine puffer. Its body is mostly covered in spines and dark spots. They don’t have the usual pelvic fins but they use pectoral fins to move around. A variety of the puffer family, they can also inflate their bodies with air or water.

Cool as a (sea) cucumber 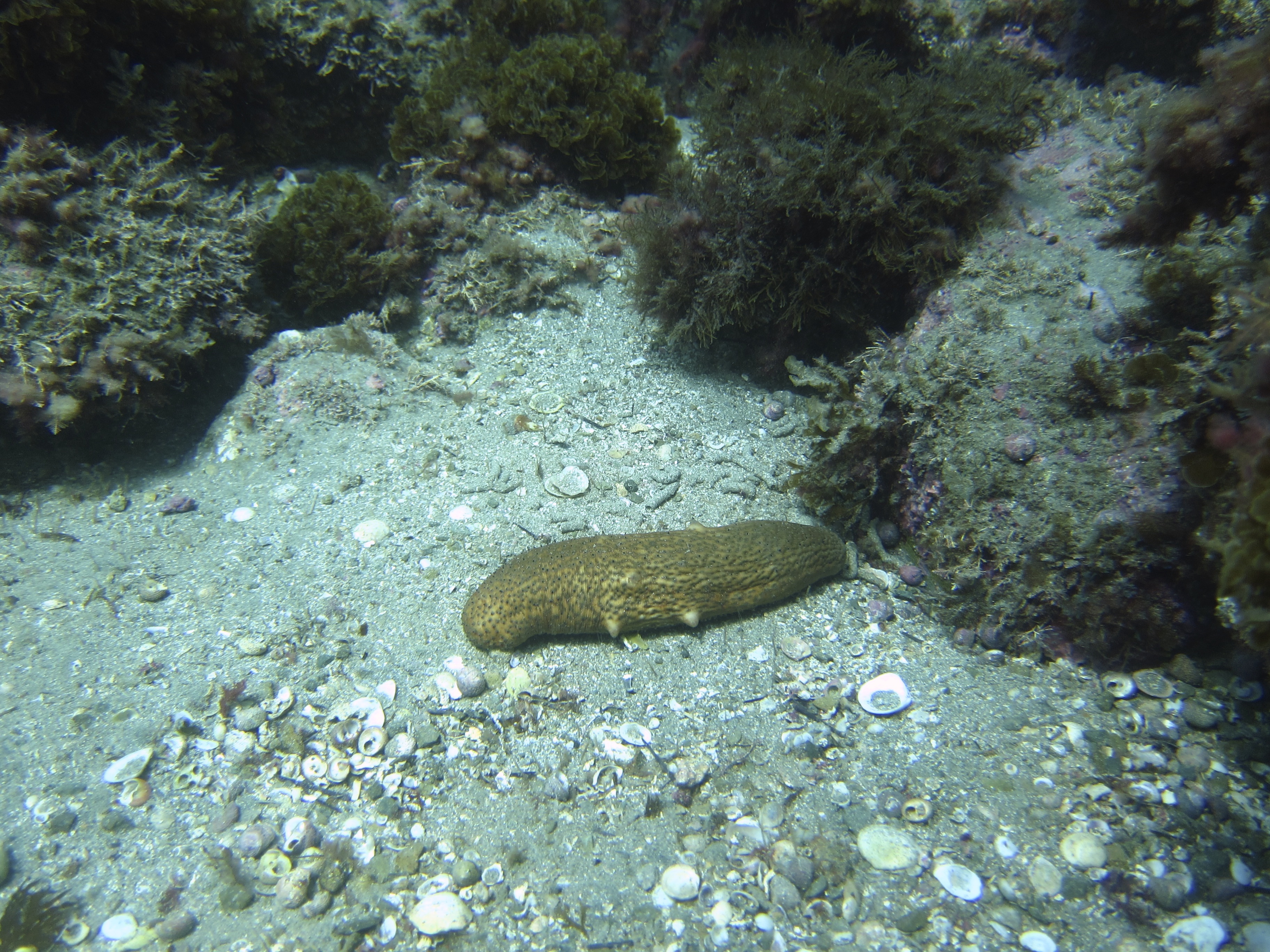 One of the coolest finds when snorkeling in Boracay is a sea cucumber. They are shaped like a cucumber but they have small tentacle-like tube feet used for moving and feeding. When attacked, they can expose skeletal, hook-shaped structures to ward off predators. Sea cucumbers may be found in virtually all marine environments around the world, and in most snorkeling spots in Boracay. 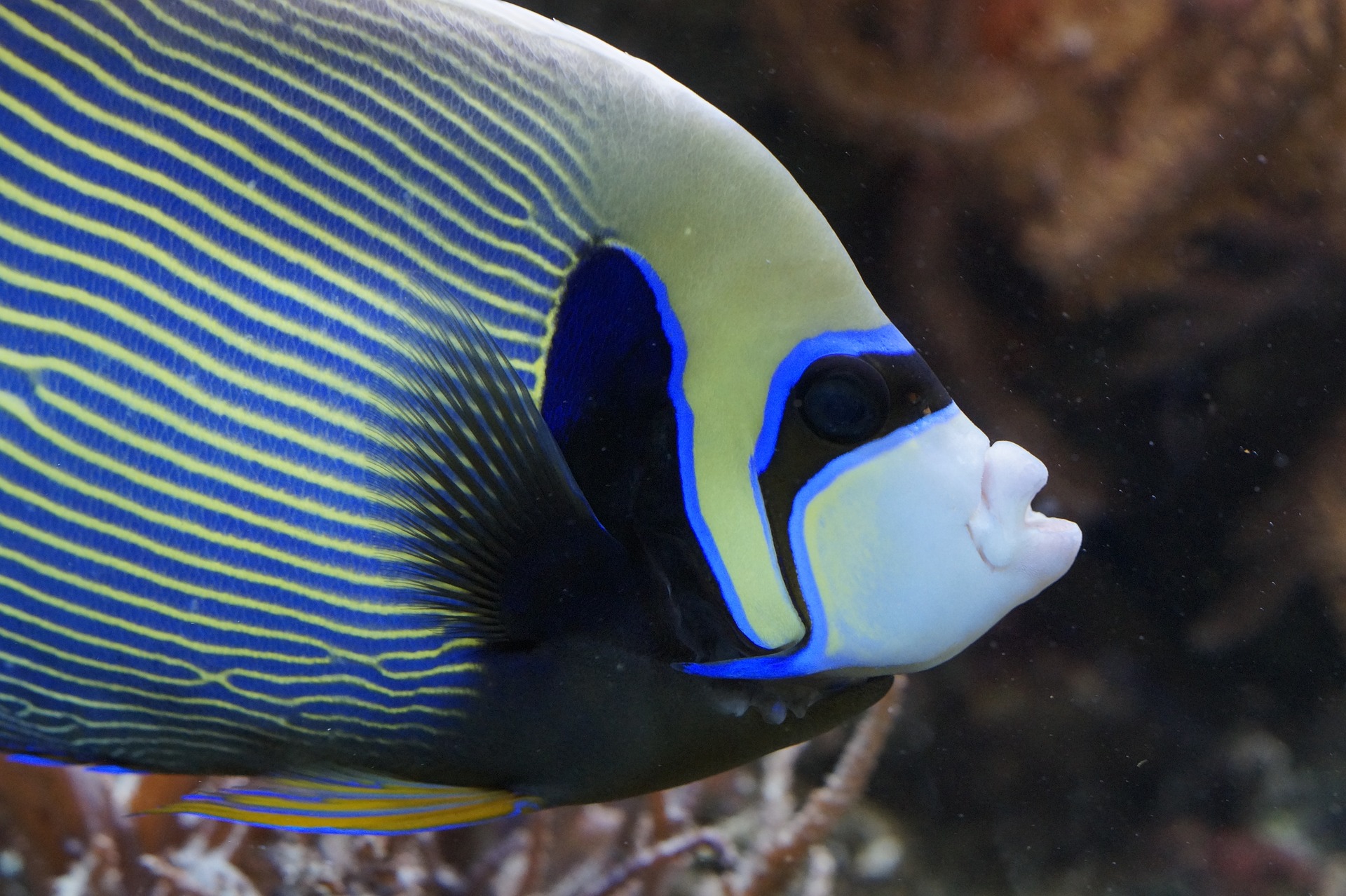 Photo courtesy of Efraimstochter via Pixabay

One of the most popular aquarium fish, the angelfish definitely is very refreshing and relaxing to look at. You can find them in most snorkeling spots in the island.

They come in different colors and can grow up to ten inches. They have round bodies and elongated triangular fins. Their body shape allows them to hide among roots and plants to escape a predator. 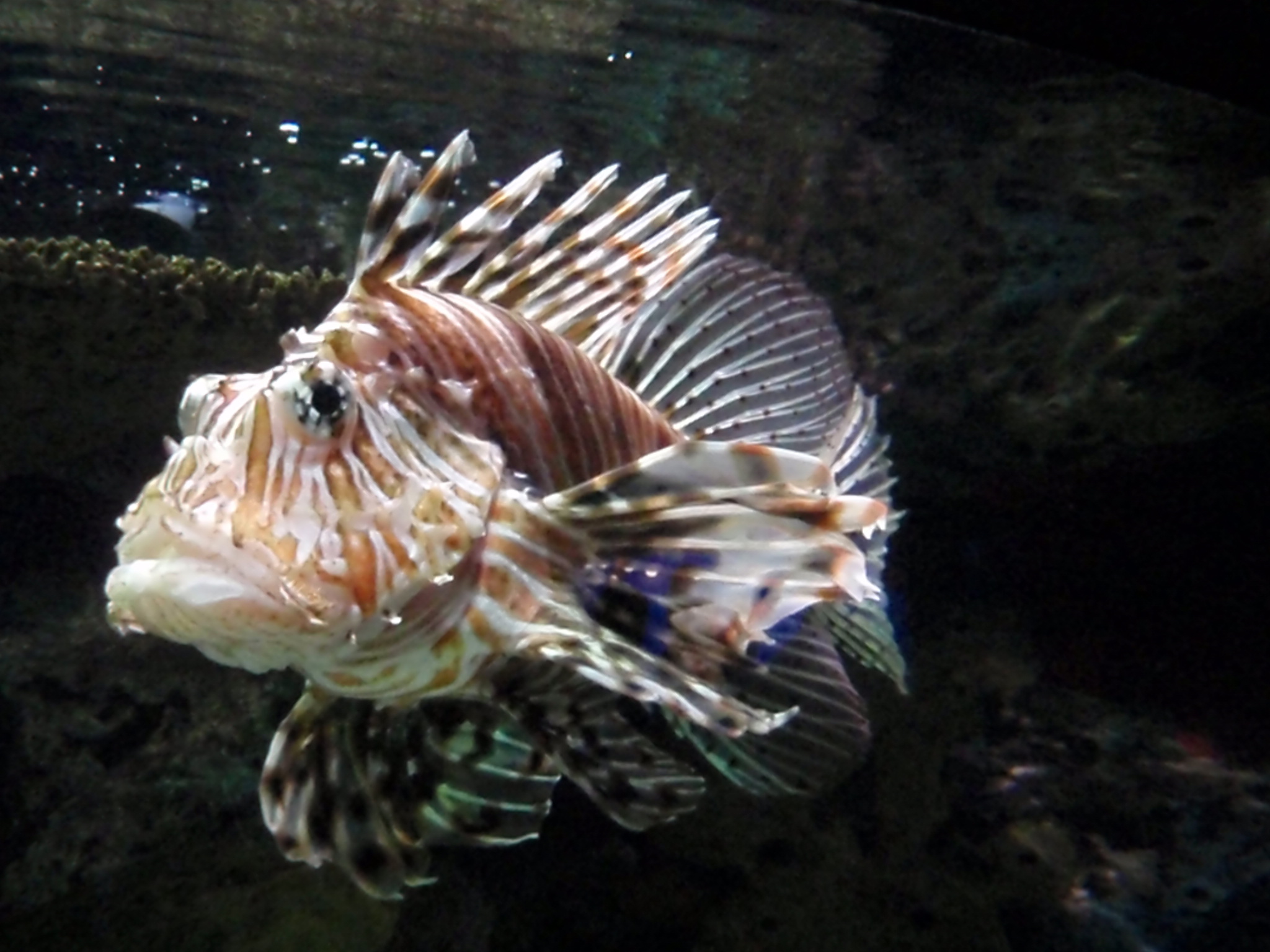 Mostly found in Crocodile Island, the scorpion fish is one of the most exotic fish in Boracay. This bottom-dwelling specie with earth-toned fins are experts in blending with their surroundings. They are often called rockfish or stonefish because of their tendency to live among rocks underwater. Where there are scorpion fish, there are most likely plentiful coral reefs because that’s where this species thrive. 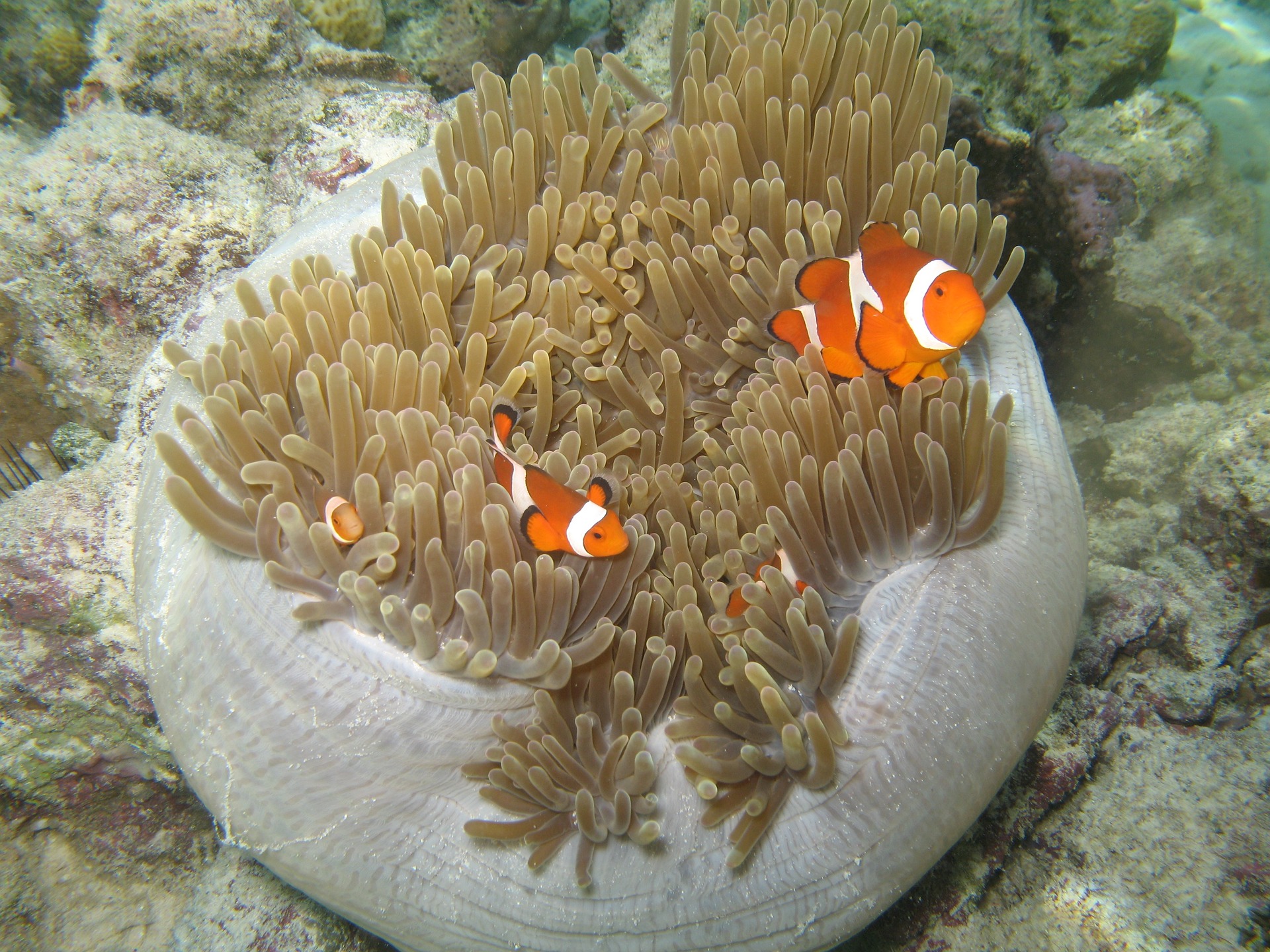 Photo courtesy of CarolinaUmberto via Pixabay

It’s easy to get people excited when you tell them they can find “Nemo” underwater. At the Angol Point and Coral Garden in the island, you can find the family of clownfish. They are mostly orange with white patches, and as you know, really cute. They are native to warmer waters, that’s why the Philippines is among the few countries that have them in great volumes. You can find them in sheltered reefs, but be patient because they are really tiny and instantly hide away when they feel that an attacker is after them. 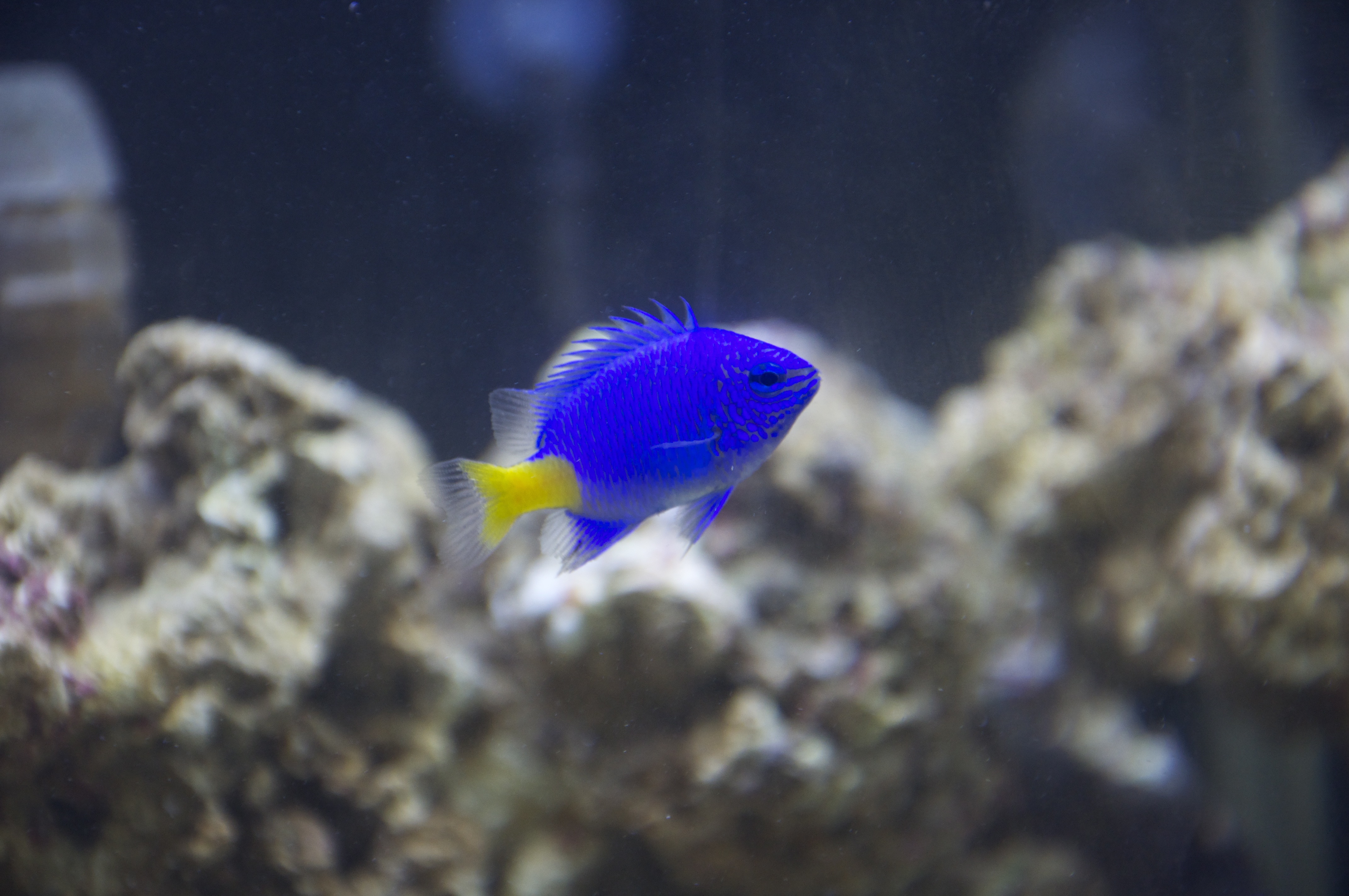 There is nothing distressing about a damselfish in all its blue and yellow glory. The damselfish is closely related to the clownfish, and they are certainly both very colorful creatures underwater. The damselfish are brightly-colored and most of them are four inches long.

Star under the sea 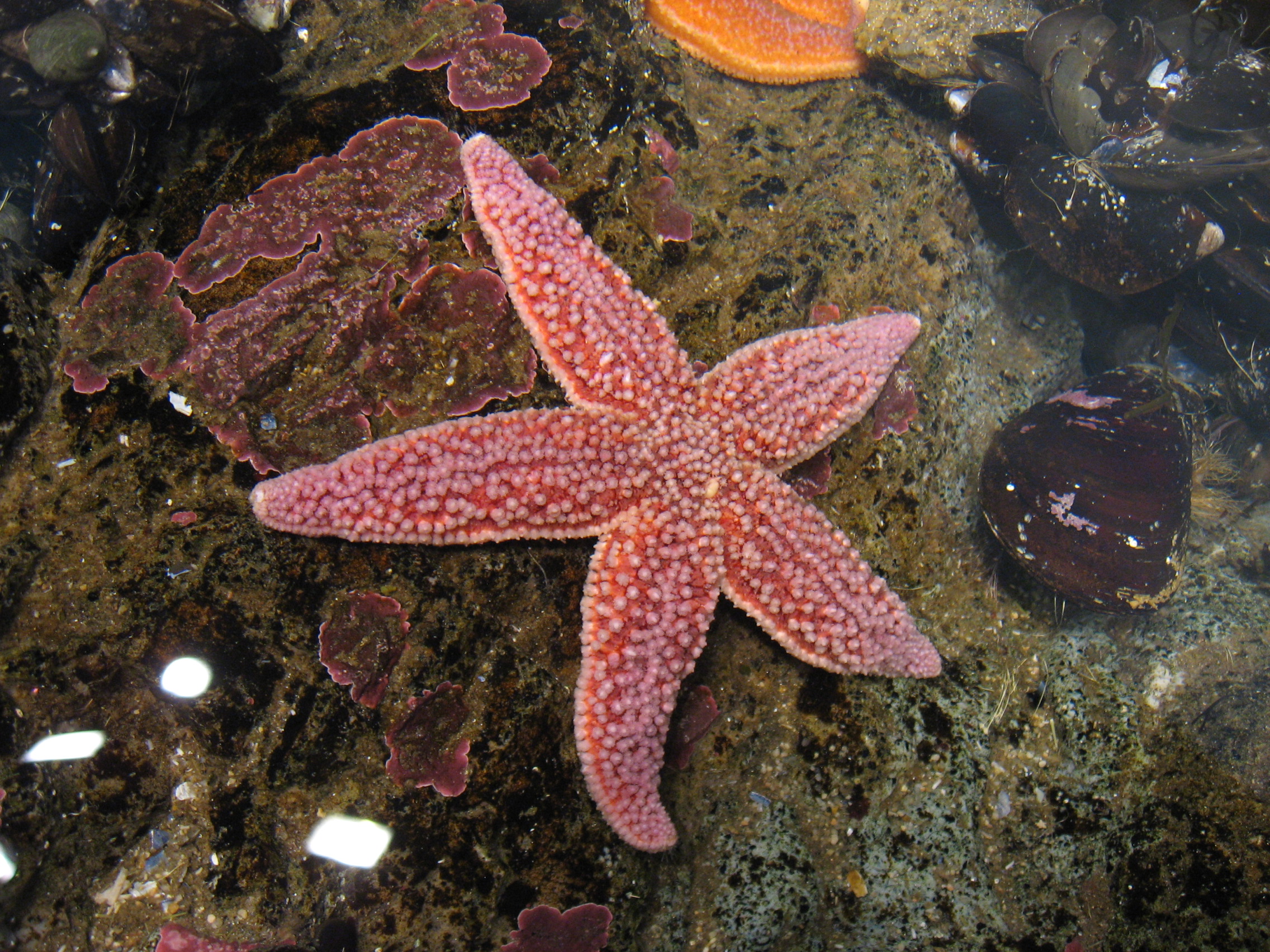 The Boracay sea life is definitely made more vibrant and colorful with sea stars or commonly known as starfish. Marine scientists renamed this sea creature from starfish to sea stars because, to begin with, they are not a kind of fish.

Sea stars are echinoderms, closely related to sea urchins. This star-shaped sea animal has bony and calcified skin, which is its natural defense against enemies. They come in different colors that serve as camouflage so they can blend in their environment easier when an attacker is in sight. 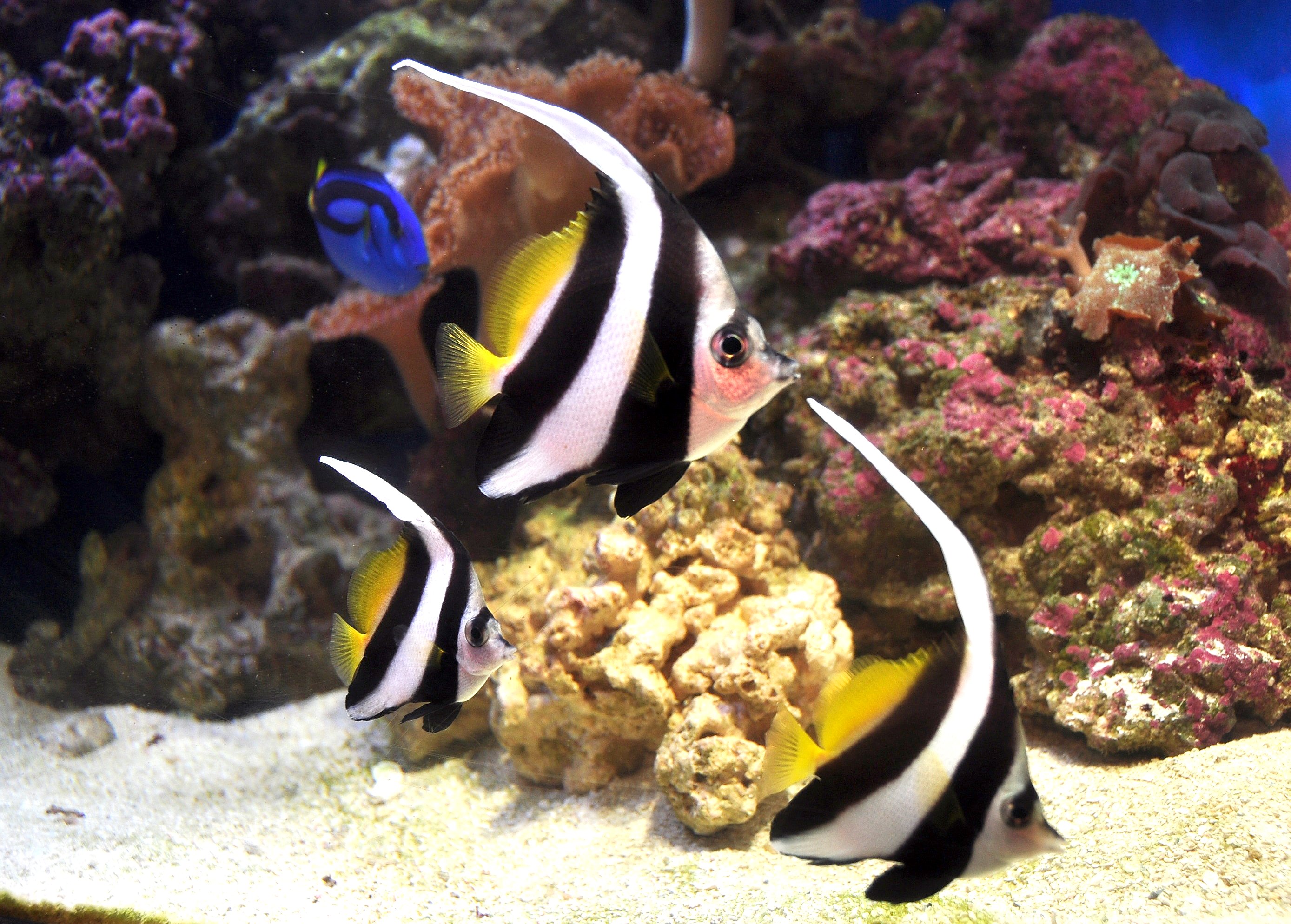 You can’t resist this yellow, black, and white beauty called the banner fish. They feed on reefs and sponges and are generally friendly and peaceful. The banner fish has a round chest and an elongated dorsal filament, which moves like a banner in the wind when it moves. Sometimes, they are also called butterfly fish because of the shape of their dorsal fins.

Deal with the eel 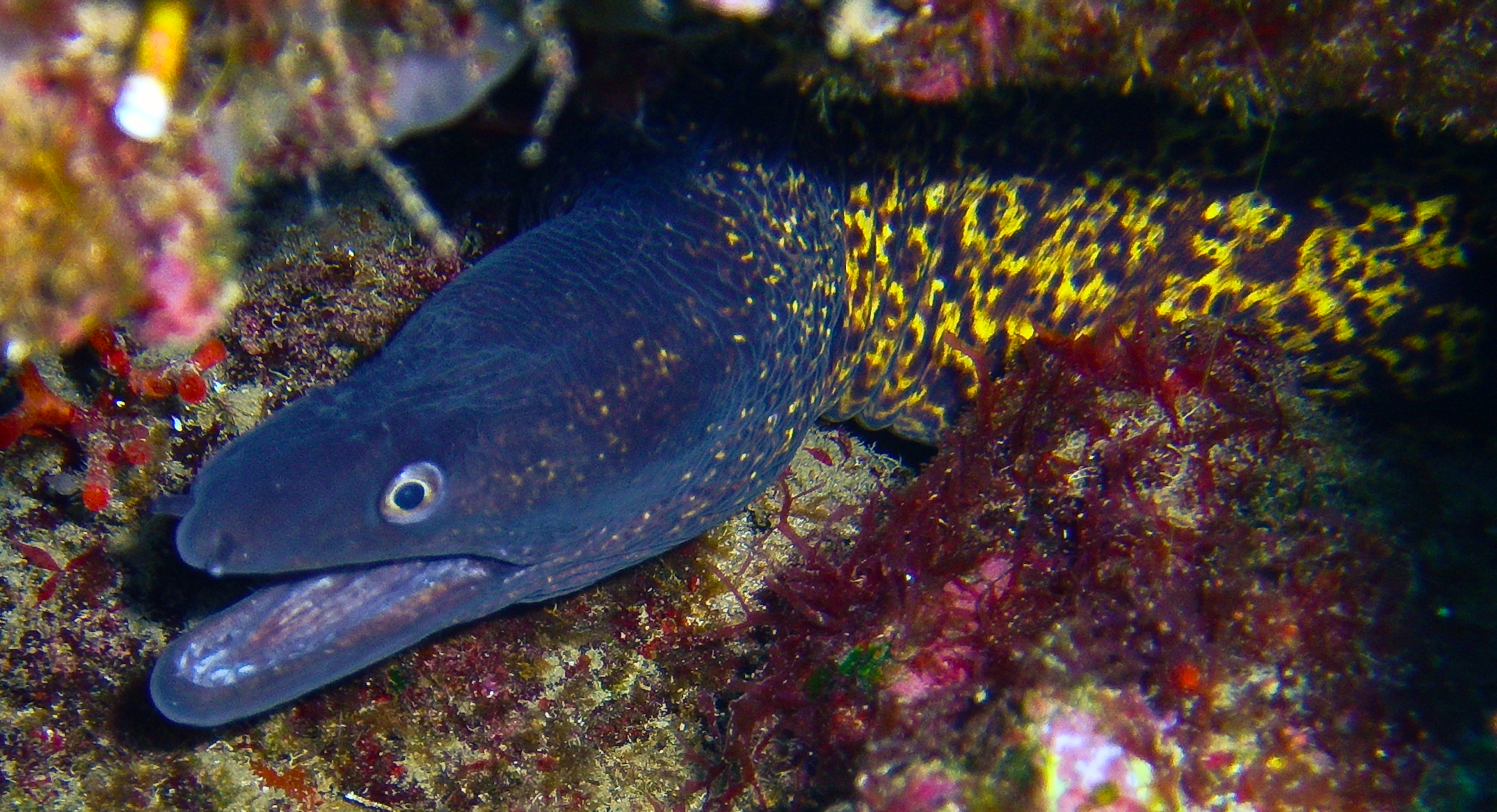 One of the more interesting sea animals you’ll likely come across when snorkeling in Boracay is the moray eel. Their elongated bodies are generally patterned. Their heads are too narrow that they can’t create low pressure that most fishes use to swallow their prey. Although they do have a second set of jaws that they use to capture their prey.

A helpful Boracay guide for those who are wondering what to do in Boracay while on a budget is to grab an underwater camera and discover just how beautiful the marine life in the island is. If you’re looking to have a perfect profile picture, go on a snorkeling adventure in Boracay and you’ll definitely capture one of the best profiles pictures.