6 SPOOKY AND CREEPY STORIES FROM TRAVELLERS ALL OVER THE PHILIPPINES

Take a break from your holiday revelries, and celebrate Halloween the way it ought to be — spooky and creepy! Here is a collection of the scariest travel stories

Scent of the unborn 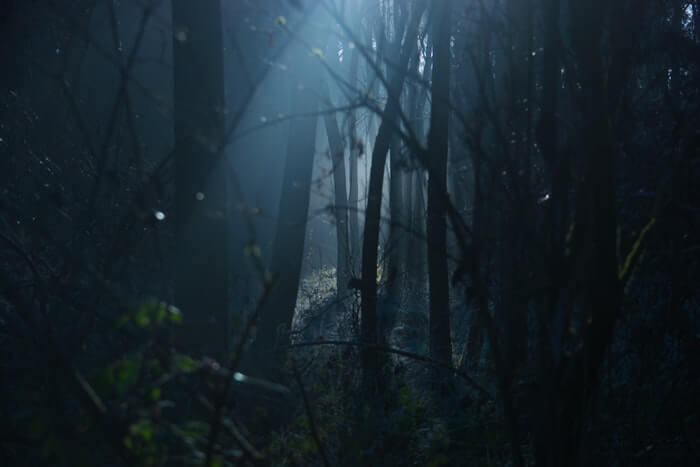 I was told I needed to travel to Aklan for my cousin’s wedding. Given how this would bring me nearer to Boracay, I was beside myself with excitement. Before I could hit the beach, I had to carry out some familial duties first. This included escorting the bride around town. Three days before the wedding, we had to head over to the groom’s home to meet his family. This required walking through a forest. On the way, we saw a couple of huge black cats. My cousin, a native in the town, told me to avoid looking them in the eye. Somehow those simple instructions gave me chills that crept right through my whole body.

When we arrived at the groom’s home, we were told we shouldn’t have had traveled so late in the night. It was not safe out in the dark, they said. We were also told to just spend the night, as traveling back was not an option.

As I was about to fall asleep, I heard a strange noise. “Wak! Wak! Wak!,” it went. I had no idea what it was, but somehow I got so scared I could not move. It felt like sleep paralysis, but I was fully awake.

The following morning, I asked the caretaker about the noise. With a worried look on her face, she talked about how a ”wakwak” or “aswang” would sometimes prowl the night looking for fresh blood. She explained that a wakwak is a woman whose body separates in two halves right above the hips. Attracted by the scent of a pregnant woman, big black wings would grow out of her back and she’d fly away into the night. On most nights, they turn into some sort of animal, mostly cats. Huge black cats.

The caretaker turned to my cousin and asked, “You’re not pregnant, are you?” My cousin looked so pale, it was all the answer we needed. 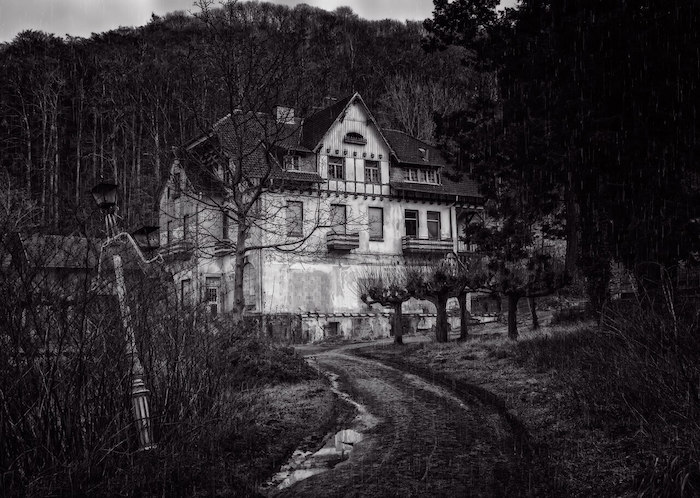 Photo courtesy of Tama66 via Pixabay

We were headed for Bantayan Island and only needed to spend one night in Cebu. I remembered a friend talking about their haunted ancestral home in the outskirts of the city. I never believed in such things, but I thought it would be interesting to stay in a 90-year-old home. My friends thought it would be thrilling to have a night of fright before heading out to paradise. I just wanted a free place to stay.

What should have been a restful night turned out to be a nightmare for me. As soon as I got on my bed, a strange voice started to call out my name. It seemed distant and near all at the same time. Its echo reverberated around me, I just felt there was no escaping it. I looked around me and my friends were going about their business as if nothing strange was happening. I’ve never felt more alone, even as I was surrounded by my closest friends.

So much for a free stay. Oh, the fright I felt that night. It wasn’t a price I was willing to pay. 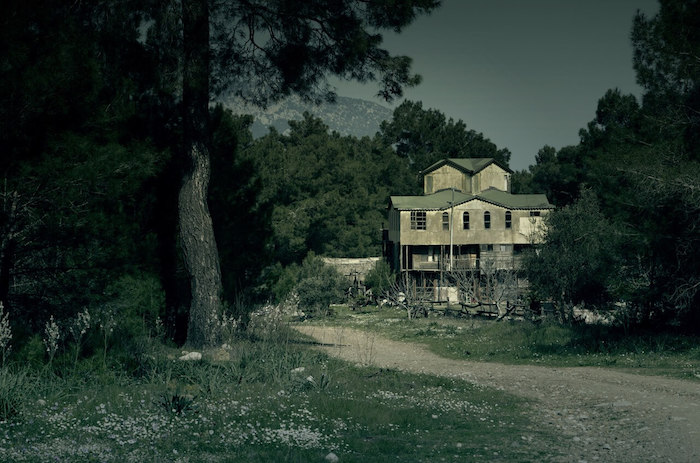 Photo courtesy of Activedia via Pixabay

We used to live in Tacloban City, but our family was forced to relocate to Metro Manila after typhoon Yolanda pummelled our home to the ground. We’ve never returned back home, mostly because we all found better-paying jobs here in the big city.

November of last year, we all spent a week back in the province so we could visit our ancestors’ grave on All Souls’ Day. We never had the chance to renovate our home, so we ended up renting a house in San Jose, which is a short drive from Tacloban. A city located on a small peninsula, San Jose was practically swallowed by the storm surge that came with the monster typhoon. The huge waves went away just as quickly as they arrived. And they took with them thousands of lives and homes. The homes have since been rebuilt. But it appears the souls never went away with the waves, nor with their bodies.

You could not see them, but you could feel their presence. We barely got an hour of peaceful sleep in that house. It seemed to come alive with sounds and stirrings in the night.

I pray those lost souls finally rest in peace soon. As for me, I’m never returning to that house ever again.

In the arms of a strange being 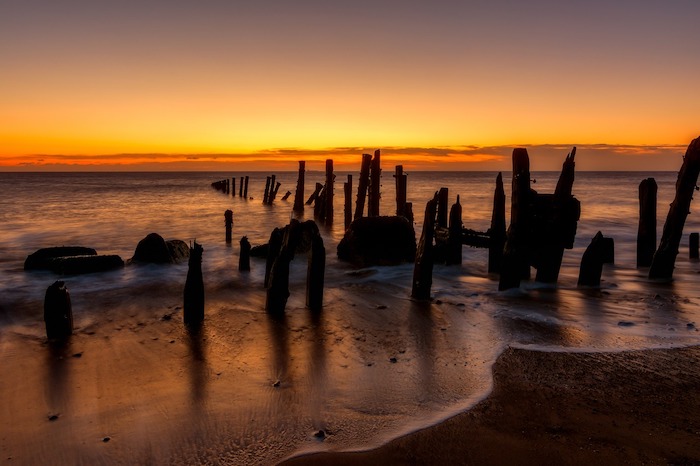 Photo courtesy of TimHill via Pixabay

The resort island just opened to the public. A blogger, I got to have first dibs on its newly built amenities. I was allowed a plus one, so I took my boyfriend with me. The opening night was an exclusive event, so there were only a few of us on the island. The resort had eight private air-conditioned rooms, four of which were facing seaside and the other four situated right in front of a thick forest. My boyfriend and I were assigned one of the rooms near the forest.

As a treat for the bloggers and media, we were supposed to have a movie night on the resort’s open-air beach lounge. But it turned out the electricity supply on the island was not enough to support the equipment. Everyone decided to retire to their rooms instead, my boyfriend included. I decided to stay, so I could enjoy the peace and quiet for a little while. Before long, I saw my boyfriend emerge from the forest. He sat next to me and I fell asleep in his arms.

The next morning, my boyfriend asked me why I did not sleep with him in our room. I felt my knees give out, and I just stared at him in silence.

Don’t look out the window 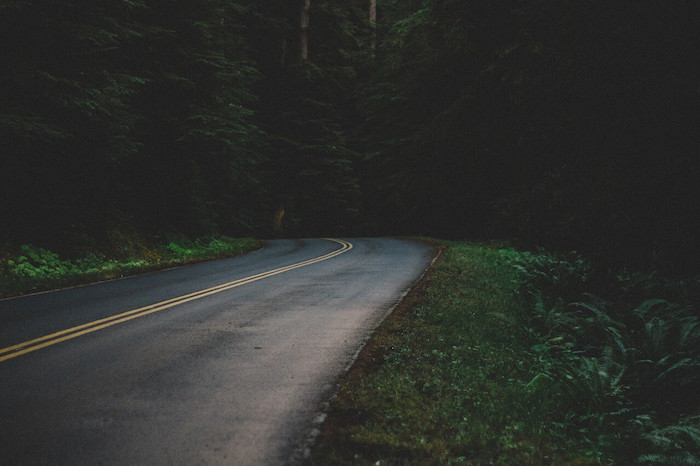 We were returning back to the city after a week of adventure in Samar. We were in a hurry to reach the airport, so we braved the dark night and took a drive on the quiet streets. Samar has a certain mystical feel to it that turns into trepidation when night time comes. I didn’t like the idea of driving in the dead of the night, but we had no choice.

We were barely a few kilometers into the road when our car screeched to a stop. Everyone screamed because we all saw it. A child suddenly appeared in the middle of the street. He looked pale and was crouching in the oddest position. We never looked out the window again. Stunned into silence, our driver never uttered another word, not even after we’ve reached the safety of the city. Who knows what else he saw. 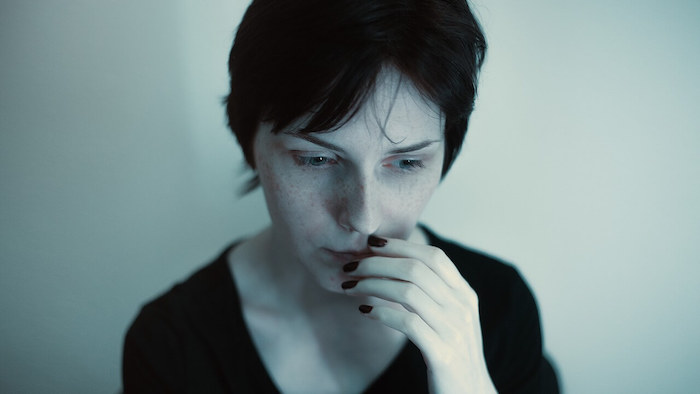 Photo courtesy of Xusenru via Pixabay

My friend invited me on a spontaneous trip. We were just gonna head over to Tagaytay, she said. The next thing I knew we were driving to a beach in Batangas. To my horror, we were to spend a week at the resort. I went to check my ATM and there was nothing in it. My bank account was as empty as my wallet. Petsa de peligro — always the greatest horror story of all.

Do you have your own horror stories while traveling? Have a little spooky fun with your friends, and share your creepy travel stories.