7 PLACES EVERY INTERNATIONAL STUDENT MUST VISIT IN THE PHILIPPINES

The Philippines is an emerging destination for international students. According to the Bureau of Immigration, Koreans top the list of foreign students in the country, followed by Indians, Iranians, and Chinese. The sustained increase of enrollees is attributed to the improving educational system and Filipino teachers' proficiency in English.

An international student in the Philippines is exposed to learning opportunities beyond books and lectures. English is widely used in media, business ads, etc. and the country is home to various ethnicities, native languages, and religions. Plus, there are thousands of islands to explore for cultural assimilation and leisure fun.

Make the most of your stay as a foreign student by traveling across the country.

Walk down memory lane in Intramuros 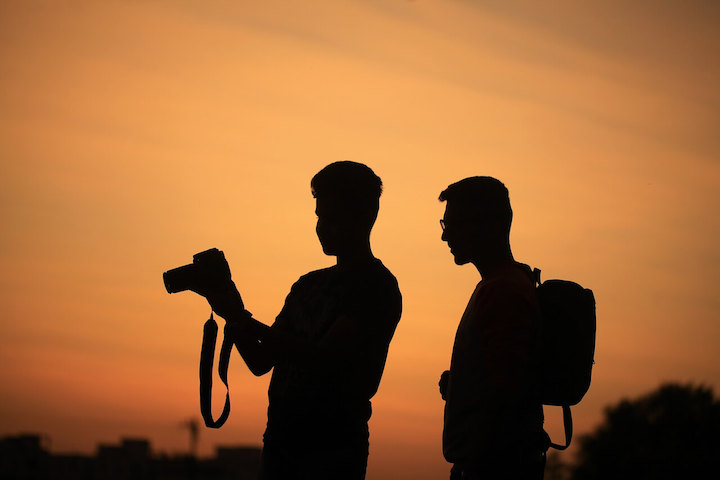 Photo courtesy of sbtlneet via Pixabay

The Philippines' past as a Spanish colony remains evident. Intramuros as the Catholic stronghold dates back to the Spanish regime that lasted for three centuries. The religious influence stays as strong as the century-old churches across the country.

Have a glimpse of the Spanish influence in the Philippines through a day tour in the Walled City or Intramuros. Fort Santiago, the oldest stone fortress in the country, houses old dungeons, Spanish-designed gardens, and a museum for the national hero, Jose Rizal. You can also visit Casa Manila, a museum that showcases how Filipinos lived under Spain's rule.

Don't forget to take photos in Intramuros (though some museums prohibit photo-taking) and buy souvenirs for family and friends back home.

Learn and relax in the world-famous Boracay 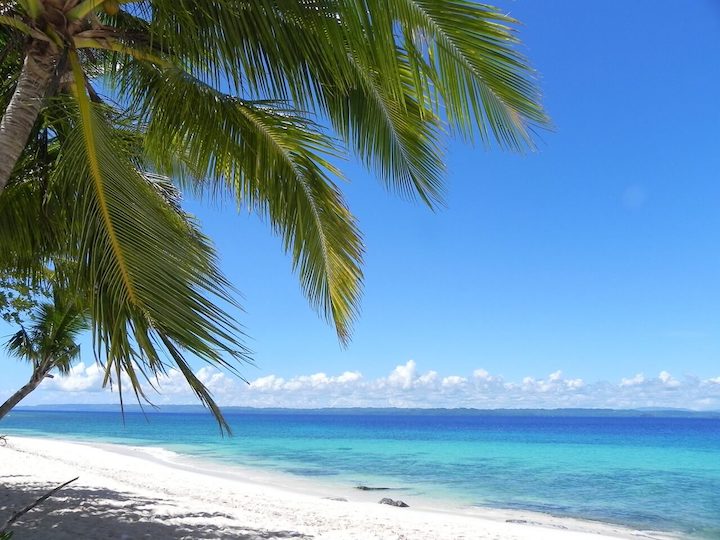 Photo courtesy of KuyaAndy via Pixabay

What are the best places to visit in the Philippines? The country is an archipelago with more than 7,600 islands, though only about 2,000 are inhabited. Nevertheless, that's a lot for you to explore. Visit the country's most popular island, and the world's most beautiful – Boracay.

Boracay is known for its white sand beaches, dining spots, and outdoor activities. But it's more than a beach destination. Boracay sits on the clear waters of Aklan Province in the Visayas region. It's home to the Ati, a tribe of Negrito ancestry, and migrants from other parts of the country. You can explore its rich flora and fauna with the help of native guides, who are experts in taxonomy. You may also learn some useful words/phrases when visiting the island.

Book a room in Alta Vista de Boracay for a worry-free vacation on your next school break. 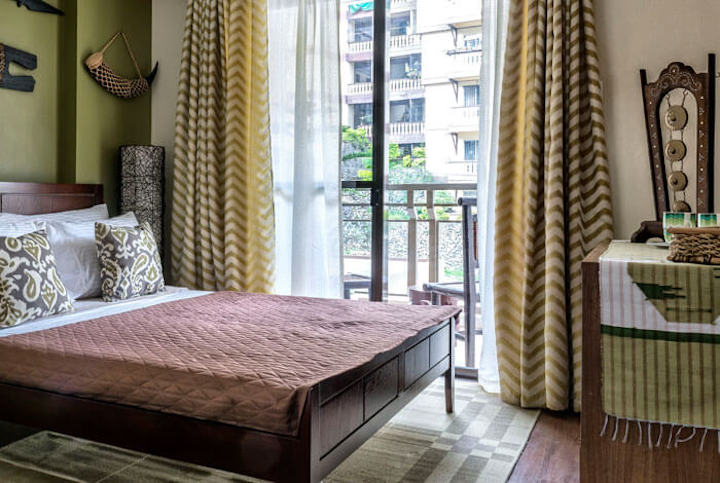 On December 10, 1898, Spain and the US signed the Treaty of Paris in which the former sold the Philippines to the latter for $20 million. The next century gave way to the American influence in the country. If the Spanish conquistadors propagated the Christian faith, the Americans taught Filipinos English. That explains the widespread use of the language across the archipelago.

Discover the American influence on Philippine culture by traveling to Baguio City in the Cordillera region. The mountain city was the summer retreat for American educators known as Thomasites. Visit Casa Vallejo, the oldest hotel in Baguio which was built in 1909, the Burnham Park and its man-made lake, the golf course of Camp John Hay, and the Philippine Military Academy. Stay at Outlook Ridge Residences for a memorable vacation.

Make sure you bring sweaters and scarves if you're visiting between October and March. The temperature in the mountains is at least 8 degrees lower than in any part of the country.

Beaches, Filipino dishes, and the many wonders of Ilocos 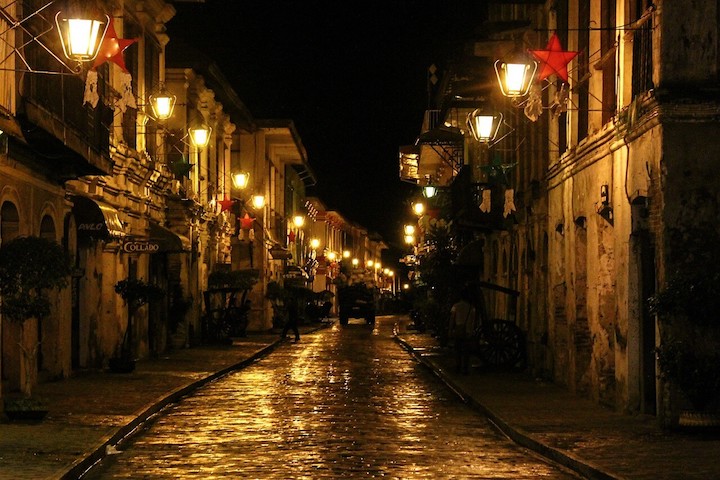 Photo courtesy of Eydreeyawn via Pixabay

A large number of Indian students are attending colleges and universities in the Ilocandia region. Ilocos is divided into Norte (north) and Sur (south). The Ilocanos are a people of hardworking farmers and fishermen. They produce rice, corn, beans, and tobacco leaves. Ilocos Sur is a top destination for medical students for its quality yet affordable education.

Visit tourist spots in the Philippines by region. In Ilocandia, which is a 7- to 9-hour drive from Metro Manila, offers beaches, summits, old churches, and shopping hubs. Vigan City in Ilocos Sur, a Spanish colonial town, is a UNESCO Heritage site. Explore the amazing architectural designs of the preserved structures, then enjoy mouthwatering Filipino dishes in restaurants along Calle Crisologo. 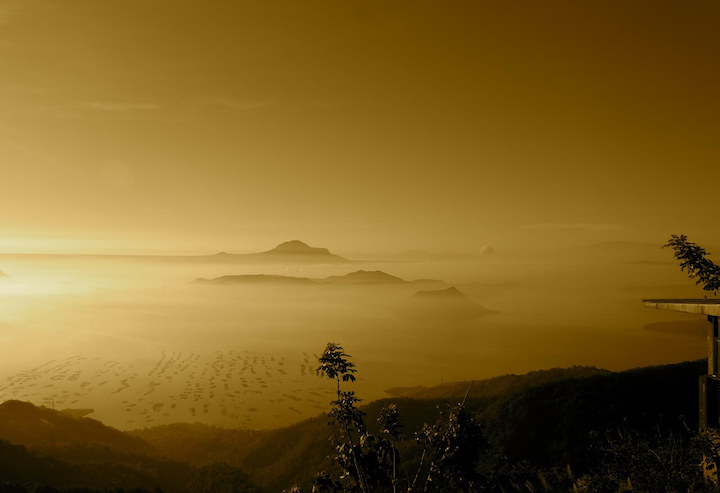 Photo courtesy of 12019 via Pixabay

What to do on a weekend? You don't need to go far from your dorm or apartment to have a change of scenery. Rizal Province is an easy 2-hour drive from EDSA-Ortigas. It's considered as an art haven and a trekking destination for outdoor enthusiasts.

Plan a day hike with your friends. Mt. Daraitan is surrounded by amazing limestone rock formations, the scenic Tinipak River, and other majestic summits of Sierra Madre. You can also explore the art scene in the province. Visit Pinto Art Museum, the Museum of Indigenous Art, and the many restaurants overlooking the city lights of Metro Manila. 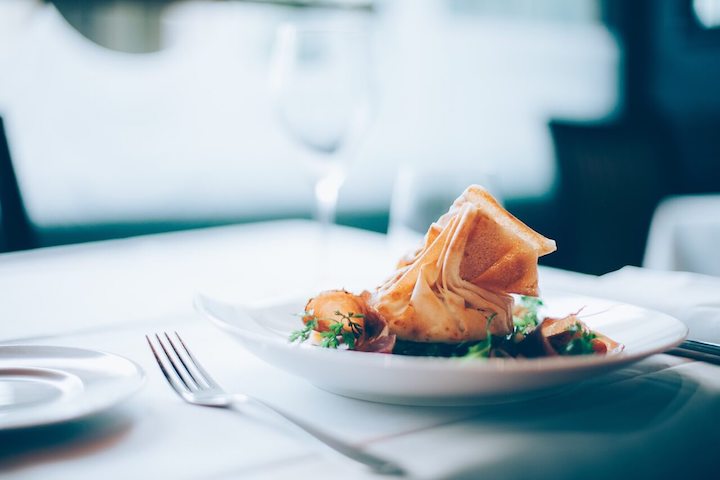 The best way to understand the soul of a nation is through its cuisine. The Filipino cuisine is as diverse as its history. There are no key ingredients as each province and region has its own trademark flavors. If you're missing home, head on to a long list of diners and restaurants featuring international dishes using genuine imported ingredients.

You don't need to travel far for a food crawl. Metro Manila is a gastronomic paradise. You can visit Chinatown in Binondo, Manila, for authentic Cantonese noodles; the food strip in BF Homes in Paranaque City for beef stews and grilled seafood, and the art gallery/restaurants in Maginhawa Street in Quezon City. The streets of Maginhawa and Malingap are a food destination you shouldn't miss. There's a vegetarian restaurant the serves Indian dishes, a Lebanese shawarma joint, a Thai soup resto, and a lot more. 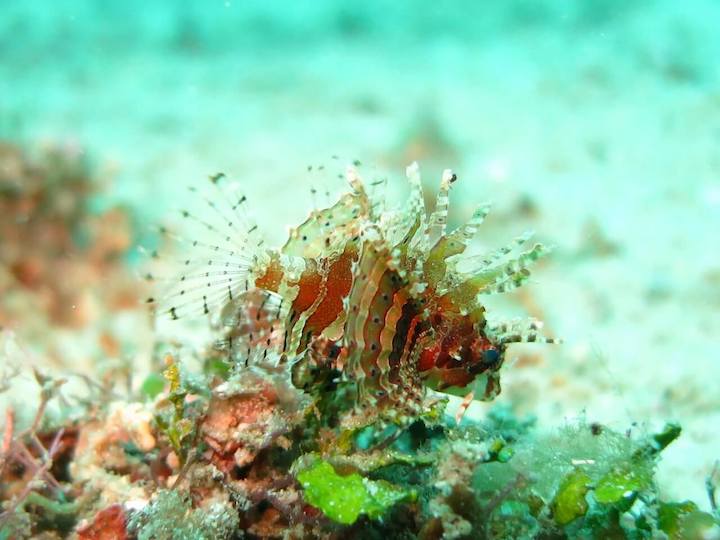 Photo Courtesy of arhnue via Pixabay

The island of Mindanao is a tourist destination people are yet to discover. It may have been receiving bad press in recent years, but you should know that Mindanao is a massive region. Not all places are as dangerous as the others. Davao City is a highly urbanized municipality and is considered as one of the most peaceful in the country. The current president hails from this beautiful city.

Explore the best of Mindanao in Zamboanga del Norte. Aliguay Island in Dipolog is home to a sleepy coastal town and a diverse marine life. Go for a scuba diving adventure and discover the astonishing beauty of corals and sea life in Mindanao. Sungkilaw Falls, also in Dipolog, is a recommended destination for hikers. Take a dip in the cool waters of the falls, grill seafood in the cookout area, and just breathe in the beauty of nature.

You've made the right decision in choosing the Philippines as your new home. The country has so much to offer foreign students — from quality and affordable education to a selection of relaxation spots. Make the most of your stay here. Keep on exploring the Philippines!