YOUR GUIDE TO THE BEST MONTH TO TRAVEL TO THE PHILIPPINES

When is the best time to visit the Philippines? It depends on the places you plan to visit. There are only two seasons in the tropics: the wet and dry seasons. The former begins in late May to November while the latter is between December and May. However, climate change has been adjusting the calendar. You can now experience strong downpour in April and scorching days in July. It's tough to even try predicting weather in the Philippines even with only two seasons.

Here's a tip: expect anything. You may be prepped for a hot Philippine weather in April, but still pack rainy day essentials. No worries. You can still go parasailing even under a gloomy Boracay weather.

What's the best month to travel to the Philippines? Here's your travel guide to help you decide. 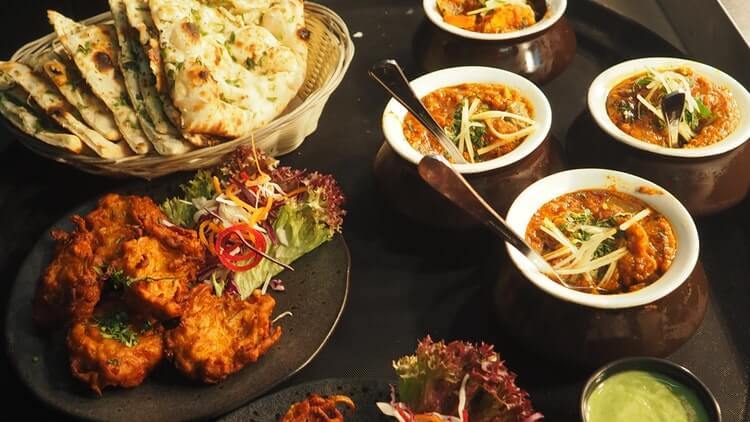 Your first stop in the Philippines is the capital, Metro Manila. This is made of several highly-urbanized cities. Metro Manila is home to largest business districts, shopping and entertainment hubs, and iconic public buildings.

You can have a gastronomic adventure along Maginhawa Street in Quezon City. Explore local and international cuisines and charming coffee shops/art galleries. Visit the capital between January and March if you want to avoid the scorching summer months.

#2: Manila City, a haven of arts and culture 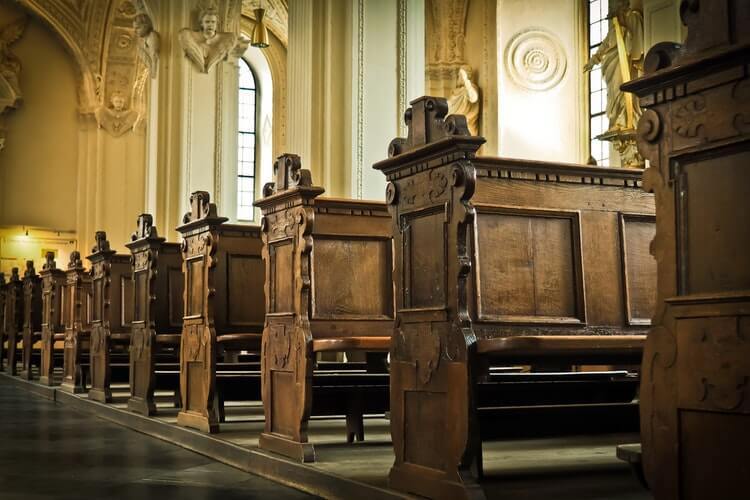 Get to know the Philippines' long history under the Spanish regime during your visit to Manila City. Manila used to be the seat of power under the Spanish crown. You will find centuries-old churches, war ruins and signs of European architecture everywhere.

Have a leisurely walk in Intramuros, or the Walled City, and the 17th century stone fortress, Fort Santiago. You shouldn't miss a trip to notable churches including the Binondo Church, Malate Church, and Quiapo Church. For an immersive vacation, visit Manila City during the Holy Week (sometime in March or April), and join millions of Filipinos in their pilgrimage to religious sites. 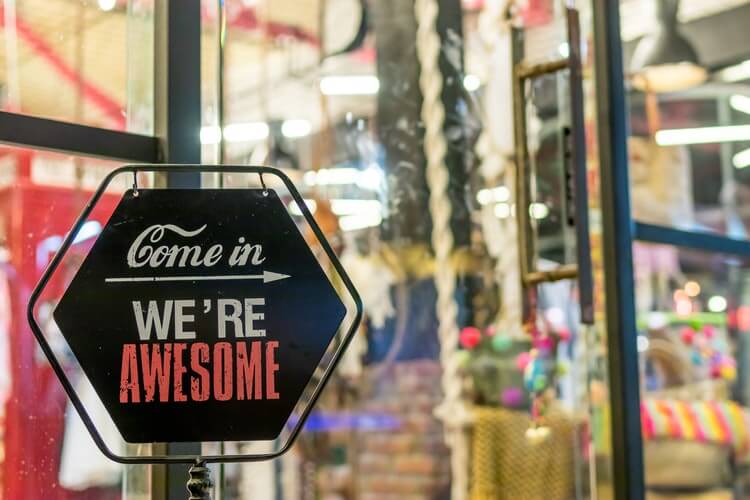 Every Philippine travel guide includes shopping destinations. For an ultimate shopping experience, visit Mandaluyong City and its neighboring Pasig City. SM Megamall, one of the largest malls in the country, houses a long list of local and international brands. If you're looking for luxury bags and shoes, Shangri-la Plaza is walking distance from Megamall. There's also Starmall and the many stalls peppered within the vicinity for cheap trinkets and souvenirs.

Shopping knows no season. Head to this commercial hub anytime of the year!

#4: Batangas, home of the famous bulalo and kapeng barako 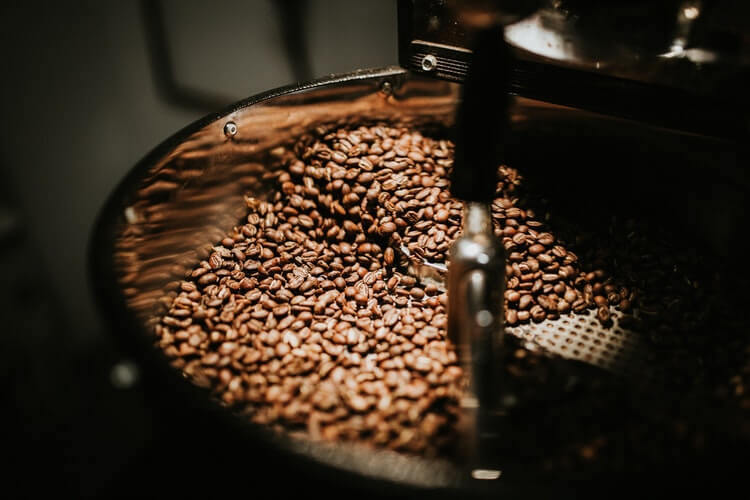 About 2 to 3 hours from Metro Manila is the beautiful province of Batangas. You can find beaches, quaint restaurants, and majestic churches. One of the things you shouldn't miss in this Southern Tagalog province is its heart-warming bulalo, stew made of beef shanks, and bone marrow. Enjoy it with steaming white rice in cool August evenings.

Drop by the city hall in Lipa City and ask for the well-loved stall selling special bibingka, a local rice cake, paired with hot ginger ale. Take a couple of these rice cakes with you and enjoy it with Kapeng Barako, a homegrown coffee brew. 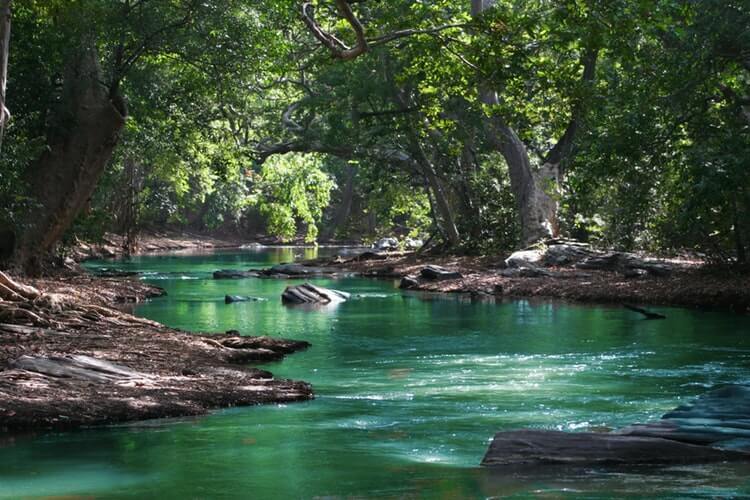 At the southern tip of Luzon island, to the west of Batangas, is Quezon Province. If you're looking for outdoor walks, this destination is for you. Villa Escudero is the top tourist spot here. It was founded in the 1880s by wealthy agro-industrialist Filipinos. Visit the Escudero Private Museum for a large collection of artifacts from various parts of the world. Take a ride on a native bamboo raft along a calm river and enjoy a sumptuous meal of Filipino dishes by a waterfall.

Quezon is a paradise for trekkers. Put on your hiking shoes and explore Mount Banahaw, a volcano popular among Christian pilgrims. You may also want to pack your swimwear for a dip in the Quezon's beaches in Jomalig Island and Cagbalete Island.

Best time to visit? Fly on the summer months of March to May. 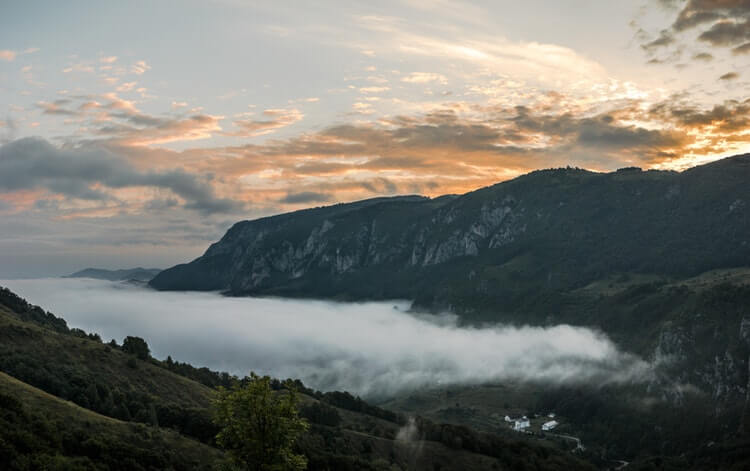 The Philippines is such an interesting place to visit. It's composed of thousands of islands and home to numerous ethnic tribes speaking different languages. You can just imagine how many traditions and cultures there are across the archipelago. The Cordillera is a mountainous region north of Luzon. One reason why locals flock to this region is its cooler temperature. The center, Baguio City in Benguet, was founded by Americans in the early 1900s.

Baguio remains the country's Summer Capital because its temperature is always 8 degrees lower than in the lowland. You can visit on February during the much-awaited Flower Festival, or one rainy September when you can enjoy homegrown coffee amid light drizzles. 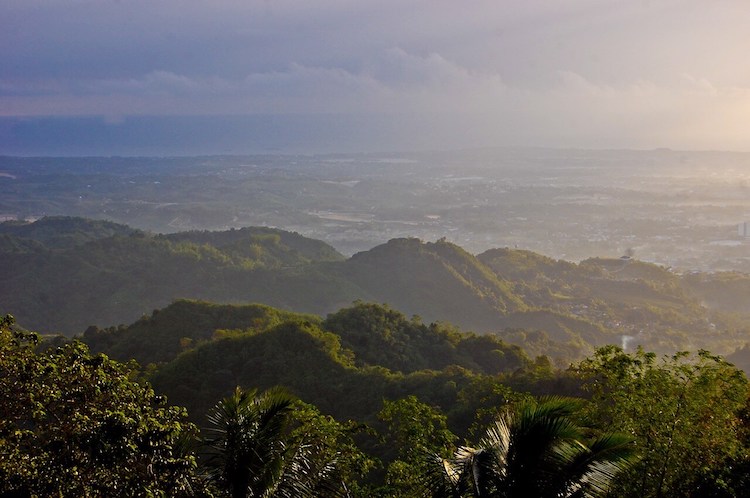 Photo courtesy of j_lloa via Pixabay

Mountain Province is a landlocked province that lies on the Cordillera mountain range. It's home to indigenous tribes that are able to maintain their rich culture. Mt. Province is the top destination for hikers and campers. However, some areas are considered sacred, so if you're planning for a hiking adventure, make sure you inquire with the Tourism Office.

Visit Mountain Province in April and join the Lang-Ay Festival. Lang-ay is a term that means “to share.” Towns, identified by a designated color, compete in street dance and outdoor games. People wear their traditional clothing, sing their native songs, and serve mouth-watering delicacies.

Luzon island has a lot of hidden gems. Apayao is a province in the Cordillera region, then part of Cagayan Valley. Cordillera has been impenetrable by Spanish conquerors for hundreds of years, and Apayao was one of the first areas the Europeans entered through religious missions. What to do in Apayao? Go hiking in its forests and peaks, and relax in the many cool waterfalls. Head to neighbouring Kalinga, where you can go for a heart-stopping river rafting adventure on Chico River. Apayao and Kalinga used to be one province.

When should you travel to these destinations? Anytime between September and April. 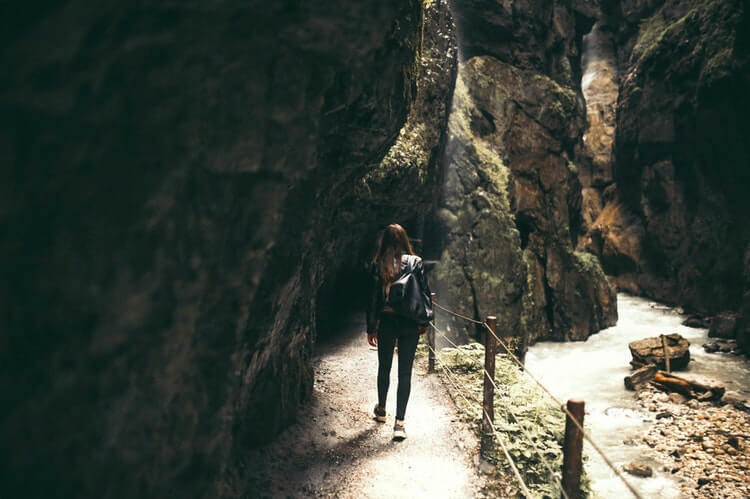 Photo courtesy of Tobi via Pexels

Abra is another province in the Cordillera that is bordered by Kalinga, Apayao, and the Ilocos Region. This destination is rarely mentioned in travel guides, but you will be surprised by its many amazing spots. Conrado Balweg, a revolutionary priest, began his fight for the rights of Cordillera tribes in Abra. His crusade brought forth the creation of the Cordillera Administrative Region.

Visit Abra during the summer months for outdoor adventures. Hike on its peaks, swim in its rivers, and explore its caves. You should also check out the serene Lagangilang Talinawen Spring and the Bani Hot Spring. Don't forget to buy local crafts made of native bamboo. 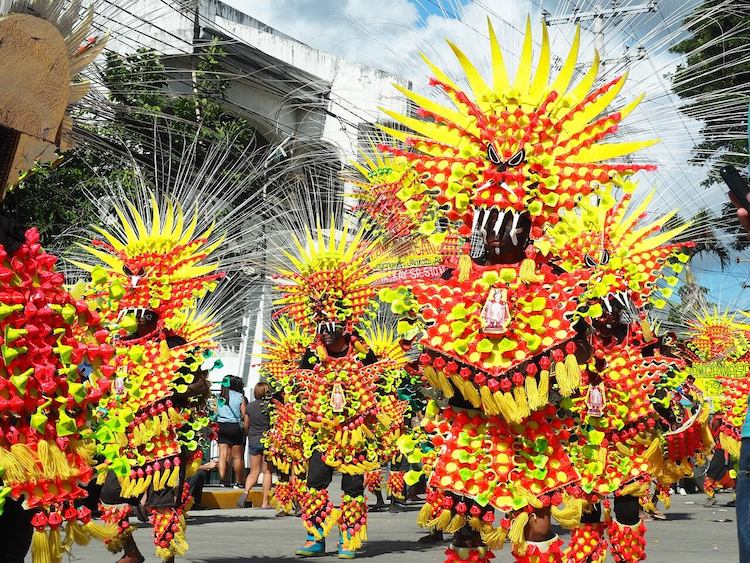 Photo courtesy of Wanderlass via Pixabay

The provinces in Visayas are known for their majestic beaches, festivals, and food destinations. Visit IloIlo in January for the Dinagyang Festival in honor of the Santo Niño and to commemorate the arrival of Malays on Panay island. Dinagyang is held either on the 3rd Sunday of January or after the Ati-Atihan Festival in Aklan. The main attraction of the festival is the warrior dance competition between tribes. You will feel the high energy of participants and onlookers, and the festive mood everywhere. Prepare yourself for a feast of grilled seafood, BBQ, and other street foods throughout the festival. 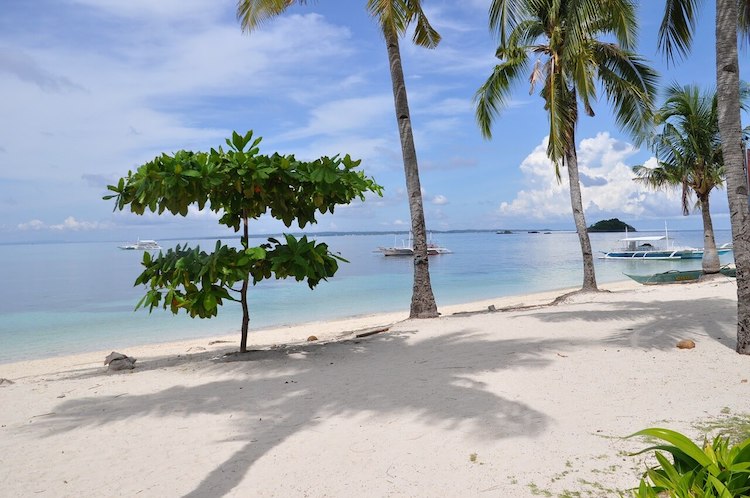 Photo courtesy of mauko via Pixabay

Aklan province has been gracing the pages of travel magazines everywhere for its world-famous white sand beaches. Boracay remains its most popular island. This province is more than a beach destination. It's a nightlife spot, a gastronomic paradise, and a trekker's dream stop.

Fly to Boracay when it reopens in October. Alta Vista De Boracay, a premier hotel at one of the island's highest peaks, offers a relaxing vacation in the near-isolated Puka Beach. You can either surf the clear waters or take a dip in your hotel's infinity pool. The rainy season is considered an off-peak time for beach spots, but Boracay is perfect anytime of the year. Even the cool weather in the Philippines in December is a good time to enjoy the charms of this island. 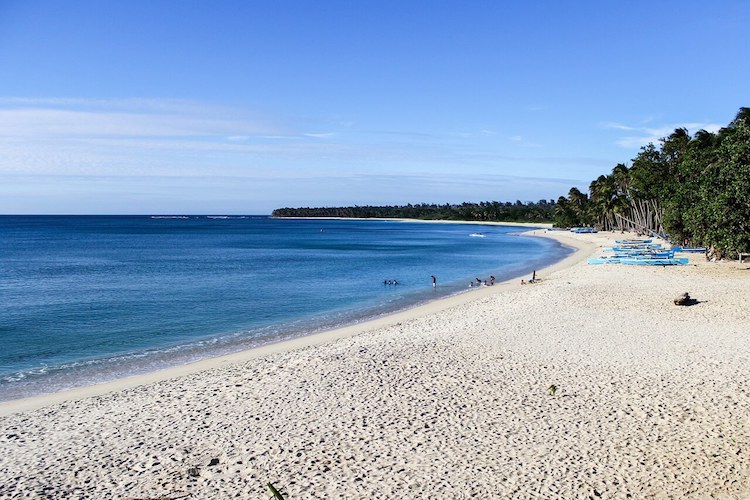 Photo courtesy of eydreeyawn via Pixabay

Do you know that Mindanao has a long list of unspoilt beaches? From the provinces of Surigao to Misamis Oriental, you'll not run out of places to visit. If you want a laid-back vacation, away from the party life in Boracay, you should fly to Surigao del Sur. The Cagwait White Beach boasts a stretch of powdery white sand, clear waters, and sleepy atmosphere. Take amazing photos of the rock formations in Cabgan Island, also in Surigao del Sur. These two beaches are perfect for your group's next summer backpack adventure.

Why visit the Philippines? The weather is either lukewarm or refreshingly cool. The destinations are breathtaking; the accommodation, food and transpo are a real bargain. The people are welcoming and good communicators. It's easy to create new friendships in this part of the world. The rainy season in the Philippines this 2018 may have already started, but this doesn't mean that you have to wait several more months before booking a flight. The country is composed of thousands of islands. There's a place to go at anytime of the year.